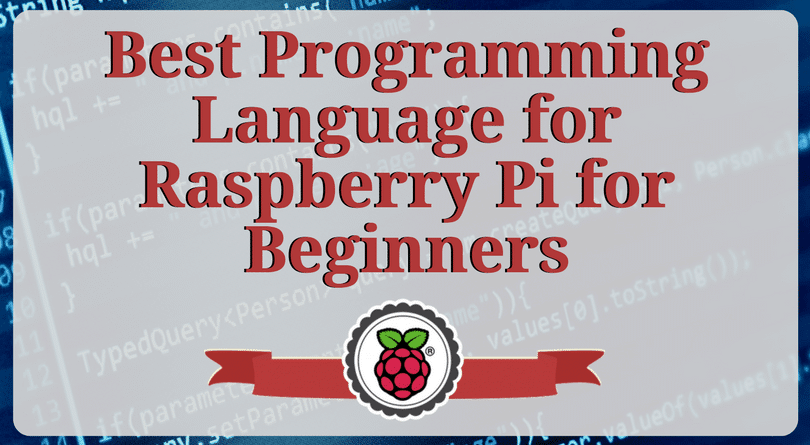 When the sun shines every morning, there is a bunch of new gadgets and circuits connects to the internet to obey our commands. And one device that is living the edge since 2012 is the Raspberry Pi. This tiny circuit board can do wonders like a full-grown computer. From turning your room light off to make breakfast for you, vacuuming your home to opening your garage door, let you enter in your office using your fingerprint to send important documents to your client sitting abroad; everything like this makes the life easy, quick, and efficient using the circuit boards like the Raspberry Pi.

But, how all these devices work? How can we convey commands to them? Well, through a language, of course. But which is the perfect language to program the devices like Pi to get the best out of it and what language does Raspberry Pi use and follow the most. Here, I am providing a list of the best programming languages for Raspberry Pi which will help the coders, especially the beginners to install suitable applications and do wonders through it.

Python is the best and officially recommended programming language for the new coders especially. Originally, Python was invented by a Dutch programmer as a scripting language and to use with other languages to create combined coding techniques, but gradually it has been used as the main language in many development projects. One of the main reasons for this is the capacity of computational power and memory of the Pi boards which let the developers choose the language they like and Python suits most of them.

A large community supports and uses the Python language as it is easy to learn and code. And so, it is one of the most popular and hosted programming languages for the Raspberry Pi device.

Though it was meant to create pop ups and alerts on the web pages, the JavaScript is becoming a new famous server language, especially for the IoT (Internet of Things) applications. The JavaScript is a front end web application that creates wonder on Apache server with Raspberry Pi. This language not only helps you to make quick coding but also gives less load to the battery and CPU of the system.

The JavaScript is one of the most common languages used on the web. There are plenty of videos available on the internet which will help the beginners to easily and quickly learn the language and implement it on their devices.

If you are a beginner in the electronics field, then I will recommend you to go with Scratch. Created in Boston, U.S., at MIT Media Lab, Scratch was meant to provide computing and mathematics learning to the tinkerers and coders worldwide. The language comes with the standard Raspbian OS distribution which is the official Operating System for Raspberry Pi.

You will not need to install the language separately as it is preloaded on the desktop of the Raspbian and you can get started with just a click. This free visual programming language does not need to write the lines of code to move an object on the screen as it needs just interactions through inbuilt commands. It is a beginner-friendly platform to learn and establish coding with fun.

According to a survey, Java is today’s most widely used programming language for the IoT applications made with the help of circuit boards like Raspberry Pi. It provides a great strength for the development of a kid-level program to the most complex coding functions. With Java, you can write a code of a program which can be run on every Operating System present in the technology world, either it is based on Windows, Mac, or Linux.

Being named Java after the quantity of the coffee consumed by its founders Mike Sheridan, James Gosling, and Patrick Naughten, it was originally doing interactions with TV. But soon, due to its capabilities, Java became global programming languages and voted as a favorite by the large community of the developers worldwide. It lets the coder to create and debug the code on the system and then use Java virtual machine to move it on any other chip. Today, Java is used in a big range of smartphones, servers, and smallest of computing and mathematical machines.

Though the language is used by the pros to test their advanced skills for complex coding, the C or C++ is also a useful and favorable programming tool for the beginners. It is recommended to get some coding background before you jump to using the C, though. It provides an efficient way of coding and so used in a wide range of applications letting you apply your skills to the program.

C/C++ allows you to interact with the low-level hardware and also to perform in a real-time environment. Today, C++ is used more than C as it has many advanced and useful functionalities among the both. Compared to other languages like MATLAB or Python, C/C++ can take more lines of code to implement the same functions. But still, this object oriented programming language is the first choice of many developers for writing the lowest software level coding.

Other than these, there are a few other useful languages that you can use with the Raspberry Pi, like

If you planned to do tinkering with the programming boards whether they are from the Raspberry Pi kits, Arduino microcontrollers, or any else, you need the best programming language which suits your device. The Raspberry Pi is designed to educate and help the new learners to program and create unique and useful innovations for the world. All the models of Raspberry Pi are universal, so they adopt almost all of the programming languages available. But having the most suitable language will not make the Pi circuit works best but also help you to easily and quickly order the commands as per your needs and preferences.

Let the other readers know which language you chose and how it helped you to program your Pi. Hit down to the comment section below. And if you want to protect your Pi setup, then check this list of the best Raspberry Pi cases of the year.